One of the few to march at Whitehall

Knight Commander of the Fleur de Lys, Brian served with the Royal Air Force over several years, seeing service in many parts of the world. As a senior officer he held a number of operational and staff appointments. He was appointed an MBE in 1973 for operational services in the Middle-East. During his time in the Ministry of Defence he was appointed Escort Officer to the Prime Minister, James Callaghan, and accompanied him on his visits overseas.
He left the RAF in 1984 to develop a second career. initially with the City of Westminster and then as a main Board director with London Regional Transport in 1991.
Since then he has been the President of the London Transport Old Comrades Association and, as such, has led the contingence in the Whitehall parade for the last 25 years. This year he was one of only 26 participants who represented the many thousands of service and ex-servicemen and women at the Remembrance Day Parade in Whitehall.
The experience, he said, was extraordinary in so many ways; the lack of other participants and of the absence of crowds who normally line the route, made it more poignant. Nevertheless, in remembering those who had given their lives in many conflicts around the world, it was most humbling and an honour to be there on this occasion. During the two minutes silence he thought about the words of John Maxwell Edmonds who, in 1918, published the epitaph, “When you go home tell them of us and say, for your tomorrow we gave our today”. 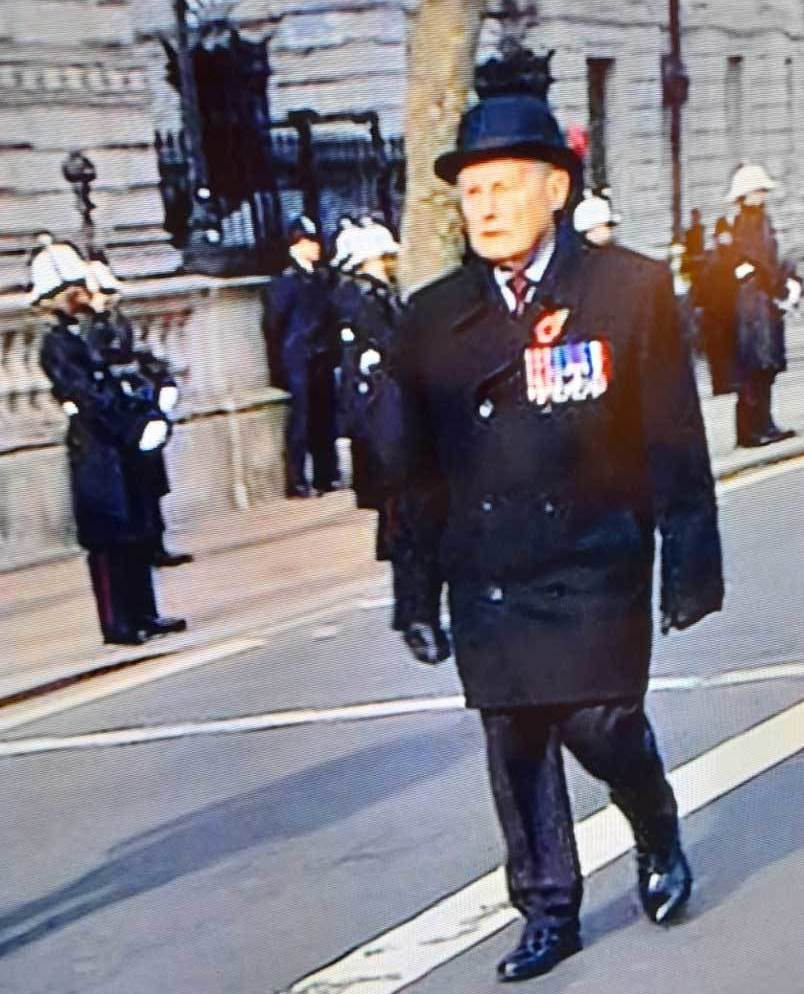