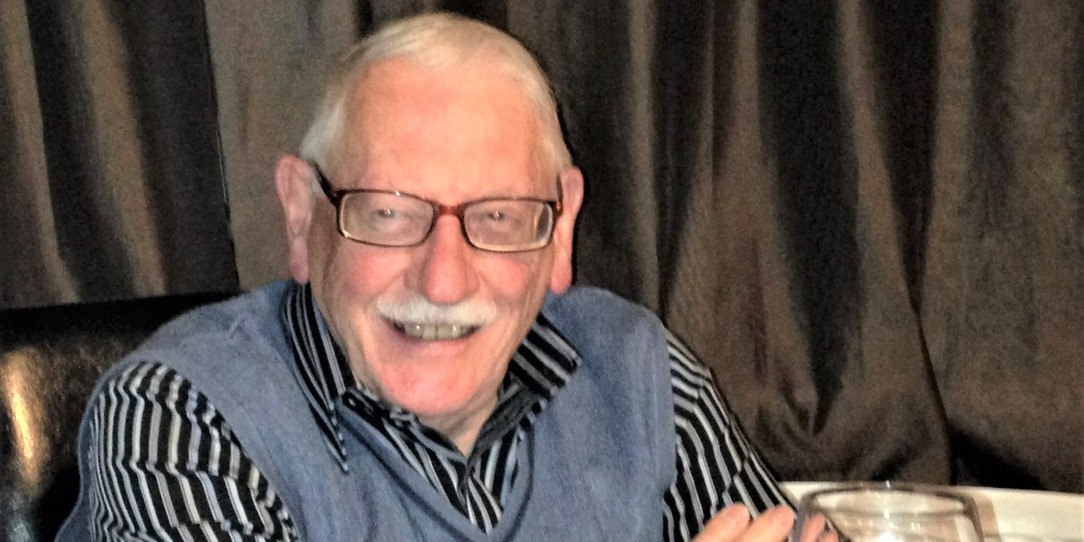 Posted on 20th June 2021
The Noble Knight James Rankin died suddenly on Tuesday 1st June. This came as a considerable shock to all who knew him and there was much regret at his passing.
He was born in Kinglassie, Fife, where he grew up. On leaving school, he applied to the Civil Service for a job in a Scottish city; he was sent to London!
He had an inquisitive mind and always made the most of his positings enjoying walking, exploring local areas and their buildings. James was always eager to learn as much as possible about his surroundings. He was a keen West End man and went to as many shows as he could afford, even if it meant sitting in the gods!
In the early sixties, he accepted a post to the Middle East, where he stayed for three years. Again, he explored as much as he could, hiring a car and driver to tour around. This included meeting Bedouins (one of whom was a cousin of his driver) and sharing a meal in their tent. His thirst for knowledge took him to the Lebanon, Palestine and Jordan. He travelled even further afield taking in Kenya.
On his return to London, he met and married Grace. Housing prices in London meant they could not afford to live there and they moved to Luton commutting to work from there. Work took him to the Bristol area for 12 years, Salisbury for five years and Ely for 14 years. Peripatetic described their lives but, on retiral, they settled in Bathgate whey they have now lived for ten years.
Having such an inquiring mind, James was a member of many orders and associations where his quiet, yet dry sense of humour, was appreciated by many. Despite having lived away from Scotland for many years, he never lost his accent. He was always good company and it never failed to be a pleasure to be with him. It was a particular regret to the members of the Linlithgow Company No. 8 that he has passed as he was due to be a founding member at the consecration in November when he was also taking an active office.
James was admitted into the No. 1 Company of the Order in October 2008 and subsequently became a founding member of the Durham Company. He was promoted Knight of the Order in October 2010. James served as Assistant Grand Almoner from October 2010 until October 2012. In recognition of his services to the Order, he was promoted to Knight Commander in 2016. He was admitted as a Brother of St. James of Altopascio in June 2011 and promoted to Knight in October 2015.
His cremation was held in Livingston on 7th June and, due to the restrictions as a result of the coronavirus epidemic, numbers were limited in the crematorium. However, many of his orders were determined to show their respect and members formed a guard of honour. Nearly 100 were present which reflected the great affection in which James was held. He was one of those people who was a delight to know and we were all the better for considering him a friend.
Out thoughts and condolences go to Grace, his ever faithful wife, and family. All of us in the Order of the Fleur de Lys share their grief at the loss of this truly excellent man
Tagged as: Obituaries
Share this post: