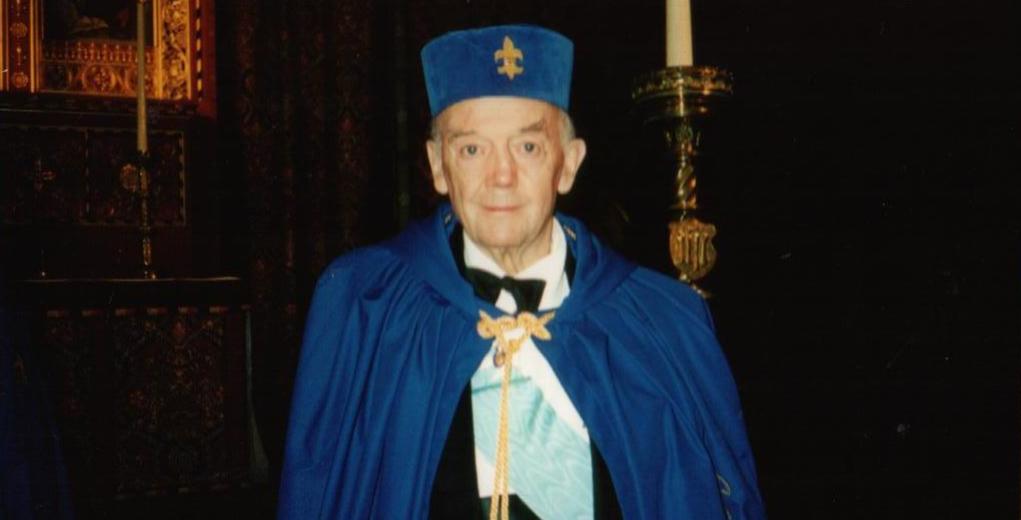 Posted on 14th February 2006
It is with deep regret that I have to announce the death of our Grand Herald Emeritus and my friend, Chev. John Brooke-Little.
John was a Commander of the Victorian Order, a Knight Grand Cross of Grace and Devotion of the Order of Malta and Knight Grand Commander of the Order of the Fleur-de-Lys. He had been both Norroy & Ulster King of Arms and until his retirement Clarenceux King of Arms. On his retirement he accepted my offer to become our Grand Herald, which position he carried out with aplomb, until his condition deteriorated to the extent that he could no longer come to our meetings, at which point he was by acclamation made Honorary Grand Herald Emeritus.
John was born on 6th. April 1927 and was educated at Clayesmore School and New College, Oxford. I first met John in 1953 when he was Gold Staff Officer and I was a page at the coronation. In those days he was simply ‘Sir’ to a teenage school boy such as myself. Our paths did not cross again until the 1980s when as Norroy and Ulster King of Arms he had to confirm my armigerous ancestry and was responsible for Garter granting me a Coat of Arms in England which was first matriculated in about 1280 in Scotland.
He was arguably the greatest expert on Heraldry of his generation. None of those in the present College can match him and indeed it is probable that such expertise only occurs once in a generation. He was also a convivial companion who liked his Gin and It or glass of Port after dinner in College. Those of us in the Order who had the privilege of knowing John well, will have spent many an evening or late into the night discoursing on History, Genealogies and the finer points of Heraldry.
We shall all miss him but I have no doubt that he will be advising God that really he should not use Argent charged Or.
He will be greatly missed.
H Montgomery
John Brooke-Little - Wikipedia