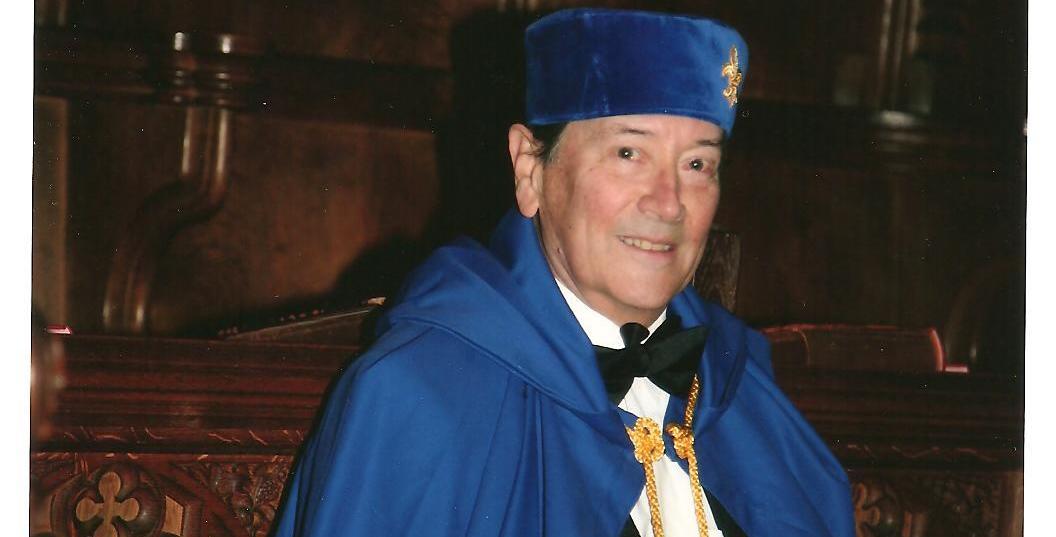 Posted on 20th August 2008
It is with great sorrow I have to announce the death from cancer of our member, Capt. Chev. Michael Poynder.
Michael was born in London on 26th March 1932, the son of Lt.-Col. Frederick Sinclair Poynder, DSO; MVO; OBE; MC; 1st. Bn. 9th Gurkha Rifles and Grace Muriel (always known as Molly) Campbell.
Michael was commissioned into the 7th/10th Hussars and served with distinction in Malaya achieving the rank of Captain before retiring from the Army. He married Angela and had two children, Robin Dallas born 1962 and Victoria Claire born 1964.
After leaving the Army he went out to India to study Alternative Medicine eventually receiving his Ph. D. from the International Institute of Alternative medicine in Calcutta. He also became a member of the Order of Bards, Ovates and Druids in Brittany.
By profession Michael was a jeweller, producing some original patterns and designs many of which he patented. He was also an author of books about stone-age science and medicine.
He was invested as a Knight on 15th October 2005. At that point his cancer, which had been with him for over a year, was in remission. However, in 2007 he rang me to say that the cancer had come back and that he was not prepared to go through more chemotherapy and had decided instead to go to India and seek palliative medicine for his last days.
He passed away peacefully on 11th August 2008 at 7am Indian time.
Sovereign Grand Commander
Most Noble Chev Prof Comte Hugh de Montgomery KSGL, GCStJA, PROrdM, PhD, FSAScot